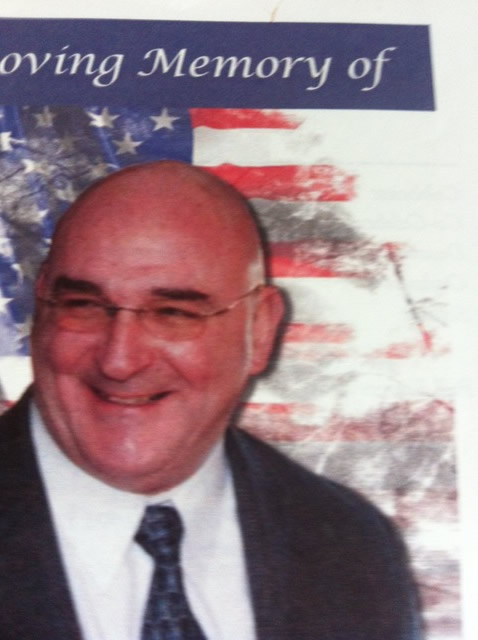 He was Jim Braga make no mistake about it. He married my sister when I was in sixth grade that was at 39 years ago ! He was a super fantastic person! He would call to Sk my sister out and after speaking to my Dad all nine kids two in wheel chairs and a baby he would load all of us into the station wagon the family car and my parents drove off in his charger he drove us down to Cape Cod to see the canal and then to minnicks for ice cream!! They would try to steal a kiss or two but not with us around we would jump out and hey how you doing? He would laugh!! Little did we know he would play a very important role in our lives for the next 40 years . He would always take us every where with he and Carrie our sister to the beach, for rides in the charger, to firework displays, football games , then he went into the service he came home one day from the service on leave and claimed my sister for his own they married Nov 7th;1 years ago. Nam was still going on some how he came back he learned to be a carpenter while in the service he came ack from Nam our hero, they had a son Keith they lived in Duxbury another son James someone from the family always seemed to have lived with them one time or another they moved to Middleboro , Ma their home town they had another son Jonathan. They bought the house Jim grew up in another work in progresslike he himself Jim worked at carpentry went to college got a degree was a coach an, entrepuer, a business man,a great friend, he became a teacher in Middleboro, he was a son , a friend, a husband, a DAD , a mentor, a home town hero he didn't try to be he was
Being Jim Braga ways himself. He was a mentor to many and a friend to all on e you meet him your life would never be the same . When Jim mr. Braga was killed in a terrible accident by a former student whom was drunk ,speeding , drag racing we all loved him he was hero he truly was always there would do anything for you so long as you were willing to try yourself be instilled belief in self. People stood in the street and cried as we drove by in the funeral procession ,people stood in the freezing cold for hours not a brief I m sorry he impacted my life from 1 pm to 11 pm non stop we loved we didn't realize the magnitude of his compassion for human kind, the flowers the fruit baskets the plants the cards rolled in for months tributes and dedications and newspaper articles everyone feels a void yet enormous gratitude for having the chance to have crossed paths with his. A student came to the wake and funeral and td how Mr. Braga stopped his getting bullied by being his friend ways standing up as his friend and mentor his was in the special Olympics and won medals and he presented them to the family at the funeral said he was his hero but mostly his friend in return Mr. Braganza family presented him with an American flag that mr. Braga and his boys had with them when they went road trips with each other just the boys and he as they drove across America he cried and said he would always be his hero!! The funeral was so mobbed we had to hold the reception in the town hall there was no room left in the church . One man can make a difference just being himself and caring about mankind. He was Jim Braga an unknown super star found out the day he left the earth to go home in heaven . Gone but not forgotten!!!! Sincerely E.M.