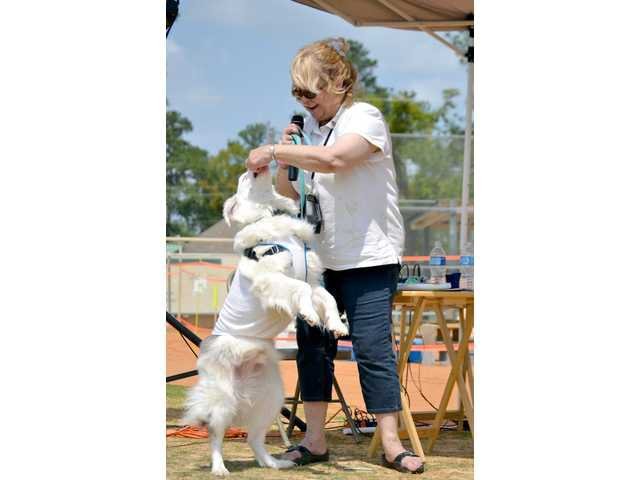 Karen tragically lost her only child, Andy, to suicide on November 5, 2004. As a single parent with one child, Karen had devoted her life to Andy. She has struggled with her demons after that horrific day but has come out on top as a “survivor to suicide.” Where she found her strength to carry on, I don’t know. However, she has devoted her life to animal rescue in memory of her son, Andy. Karen started Lethal White Aussie Rescue-Carolinas and Beyond. She has championed the cause of these special needs dogs born deaf, blind, or both. These dogs are so sadly nicknamed Lethal Whites because they are usually the first to be euthanized by a shelter or a breeder. Karen has sought to educate the public about special needs dogs though her organization, at local community events, and through her diligent networking on the computer at all hours of the night. Her true motivation, Andy and a deaf/blind Lethal White Australian Shepherd named Gabriel. Gabriel was there when Karen needed him the most while emotionally struggling over Andy’s death. This dog was literally hours from being shot behind a barn by his breeder when Karen intervened. Together, Karen and Gabriel, her deaf/blind dog, have kept Andy’s memory alive and likewise the lives of thousands of special needs dogs across the country.