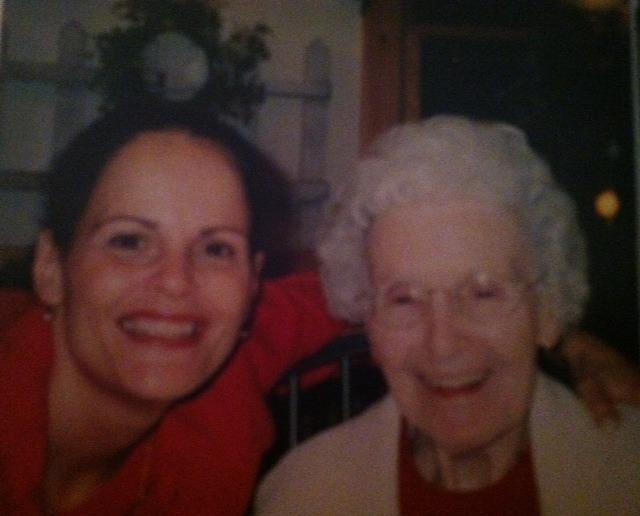 Jewell was born in 1918 to a poor family in the south. At age 12 her mother died giving birth the the sixth child. Jewell had to quit school and take care of all the siblings. They had nothing, her dad did drive a truck for income. Jewell cried so hard when she realized she wouldn't be able to stay in school. She loved school. She had to do what she had to do. Life was hard, no modern conveniences. Later she married and had one daughter. The Depression hit and there was little work in the south. Jewell had $100.00 and took her daughter, boarded a bus to head to Cleveland, OH. There she rented a room in a boarding house, enrolled her daughter in school. She purchased a hotplate to cook their meager meals on each night. She knew how to sew out of necessity so she landed a job in a sewing factory. Life was hard but she remained faithful to God and to making sure her family was provided for. Her daughter married and she had a daughter. Jewell continued working hard everyday, moved up in the company to plant manager with only an 8th grade education. Eventually was able to purchase a house and life went on. She was faithful in her church and caring for her granddaughter on the weekends. Jewell loved God and people and that is where she invested her time. She never became bitter because of her life, and never complained. She never turned down someone in need even though it might mean she went without. Several years after her husband died she was diagnosed with Alzheimer's. A devastating blow to her daughter and granddaughter. This precious woman is my grandmother. As I walked the road of Alzheimer's with her I began to make a connection that every decision you make now and later on will determine who you become. One of her doctors said the last thing to go in an Alzheimer's patient is what is at the core of their soul. She was never bitter, never had a negative thing to say about anyone. On Feb 21, 2004 she went home to glory. If I were to summarize her life in one sentence it would be this: Grandma had an eight grade education, had nothing but gave everything willingly. I pray I can be half the woman she was. Her life and influence has impacted me greatly. There is so much more to her story but I am sure I have exceeded my number of words.