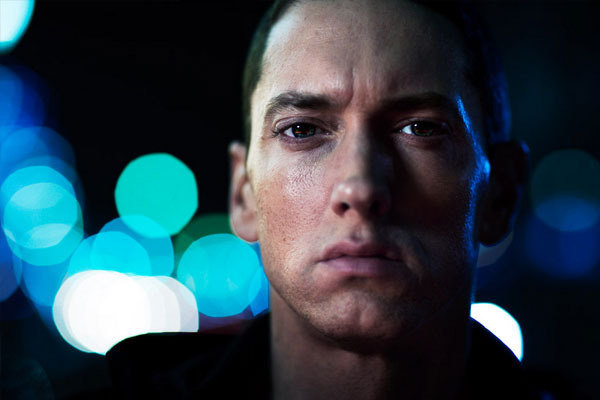 There's a lot i have to say about this Hero of mine. i Only have 500 words so lets make this fast. He grew in a house like me, a mother for a drunk and a father who left when i was 6 years old. he learned to turn over a new leaf and get his act together contributing all of his anger and hate and using the energy for his music. He didn't just help himself when he did this but a lot of people get through there own obstacles and while he was getting through his own. nobody believed in him and he still made it to the top. He's not perfect or sober but i'm not either as long as he can help me deal with one day at a time and be happy with who i have became i will succeed just like him. He's the one that taught me if you want a different situation then get up and get your own that you are more happy with. If your not happy with something only you have the power to change it. He also teaches that you shouldn't care what other people think about you, just do your own thing and be happy with who you have become and not to worry about people hating on you, because in the end they dont make you who you are. He has had people in and out if his lives just like me and nobody there to tell you to believe in yourself and keep your head up. He had to teach me to be headstrong in the hardest times in my life, but he also shows the goofy side of him that also runs in my veins and he is just crazy weird but lets you see there is a light at the end of the tunnel. Love is something he was never good at but had to have someone teach him its okay to love, and there is someone out there who will love you back. Your not alone in this world even though you think you are and have your own back. Its okay to trust people, just the right ones, and that depends on your gut feeling. he explains that even if you don't have any food or money, you still have yourself that can help you make it through things and your loyal friends will go through it with you. There isn't any fairy tales in the end of peoples lives like everyone would like to think, its a hard, cold world out there but what doesn't kill you makes you stronger. Honesty, i don't know how i would have made it to where i am today without him. I don't think the head on my shoulders would be as pure as it is now and get me out of the bad, long road i was headed down. Its okay to be a "loser" in school as long as your true to who you are and the people that care, and you care about around you. Don't ever give up on yourself, he says, if nobody believes in you then thats your job.God is watching over us but he gave us a hand of cards, you just have to learn to play them the right way.