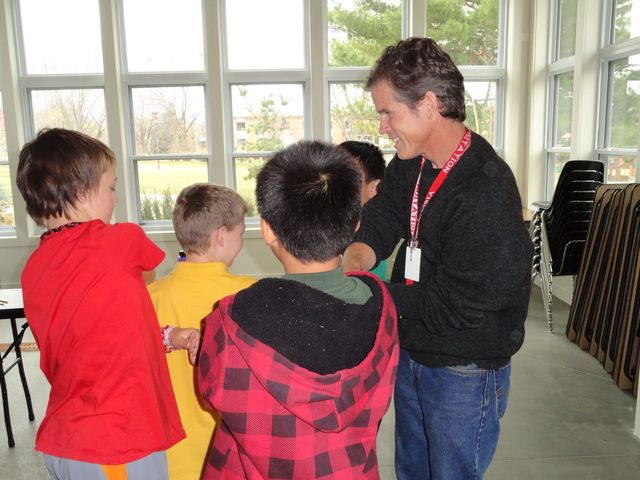 In my picture, Mr. Wright is playing a game with 4th and 5th graders. He is believing that they can win, but if they don't, they still had fun and that's what matters. Mr. Wright has belief written all over him. Someday, I want to believe as much as he does. So, next time you give up, don't look to the dark path. Look up, turn around and say I might have lost, but I believe that we will win the next game. Believing will take you far. The path to the light where the sun shines bright. Believing will take you far like Martin Luther King Jr. He had a dream and believed in it. Now, black and white people have the same rights. See how believing takes you far? Remember this, it is something that you will want to keep in your brain - Seeing with your eyes is not believing. Believing is when you see with your heart and believe in what you think.